This week I embarked upon the topic of algebra manipulation with my top set year 9s. The fact that they are year 9s means that they have already met algebra several times before and should have a firm grasp of the basic manipulations such as expanding brackets. For this reason, when I saw expanding double brackets appear on the SOW I automatically started to look for something a bit different, something for them to practise the skill in a different way but also to bring in some thinking/problem solving questions. I found some questions that I decided to try on Median by Don Steward – You can visit the resource here: https://donsteward.blogspot.com/2012/02/expanding-brackets-quadratic.html

The particular question set I used was:

The reasons I decided to use these particular questions were:

At the start of the lesson we disucssed the key word ‘quadratic’ as non of my students were actually able to verbalise the meaning and so we wrote down a definition and we were all happy with this (never assume that because the students have been using the word means they can verbalise its meaning). We then went on to look at two examples of expanding double brackets (one example was a standard expand these two brackets and the other used the square notation). I highlighted with the square notation the common error that most students make which is to omit the ‘x’ term of the expression as the temptation to treat any bracket squared as the difference of two squares is too great. Once we had done these I simply put these questions on the board and let the students go.

Question 5 prompted the first question, as some students were unsure how to approach this. The 6 squared element seemed to confuse some of them and they weren’t quite sure how to treat it. Once I had been through this with them they were then happy with the concept and continued on with the questions.

Some of my students reached the proof element of the questions which was very interesting. I think this may have been a first time that proof had really been introduced as my students took some different approaches to this. One of my students for question 17 simply substituted into a value for n to see if it worked and once they had found one example they moved onto the next question. I noticed this and so challenged this method ‘how many examples does it take to prove something is true?’ and ‘how many does it take to prove something is not true’. From here I lead into that algebra is used in Maths to prove statements and so was able to show the student what this meant:

I was able to go through some of the common concepts of proof such as having to actually write a statement in proof to communicate what it is that you have actually found. I was able to show how we can compare expressions to show that something is true and introduce some very basic concepts of proof. My students next time they come across proof, which I hope I will be able to interject again this year, should at least have a little knowledge and hopefully start to remember that Mathematically we use algebra to prove.

Reflecing upon this lesson there are a few things that I might now go back and add in. I don’t think I fully utililised the left hand side of the questions, I simply asked the students to complete the questions but never really made them think about the connections between the answers. I could have actually asked the students to predict what they thought the question they were about to complete would produce and encourage them to start making the links between the questions. I could have asked them to a write a sentence after completing two questions with the same answer as to why the questions both led to a same answer even though the question was presented differently. This may have been a missed opportunity to help my students start building connections and go beyond simply completing the questions.

Overall, I would certainly recommend using this resource with a class that is expanding quadratics. There was certainly lots in this activity for the students to get their teeth into and personally for me, any resouce that starts to introduce the concept of proof further down is important and should be maximised.

You can find my power point for the lesson here: expanding double brackets

Rachel Mahoney Retweeted · John Rowe 👨🏽‍🚀 @MrJohnRowe
1 day ago
Here's a little @openmiddle problem I made, which is easy to start and challenging to finish. #MTBoS #iTeachMath https://t.co/0FINMbAt8J
View on Twitter

Here's a little @openmiddle problem I made, which is easy to start and challenging to finish. #MTBoS #iTeachMath pic.twitter.com/0FINMbAt8J 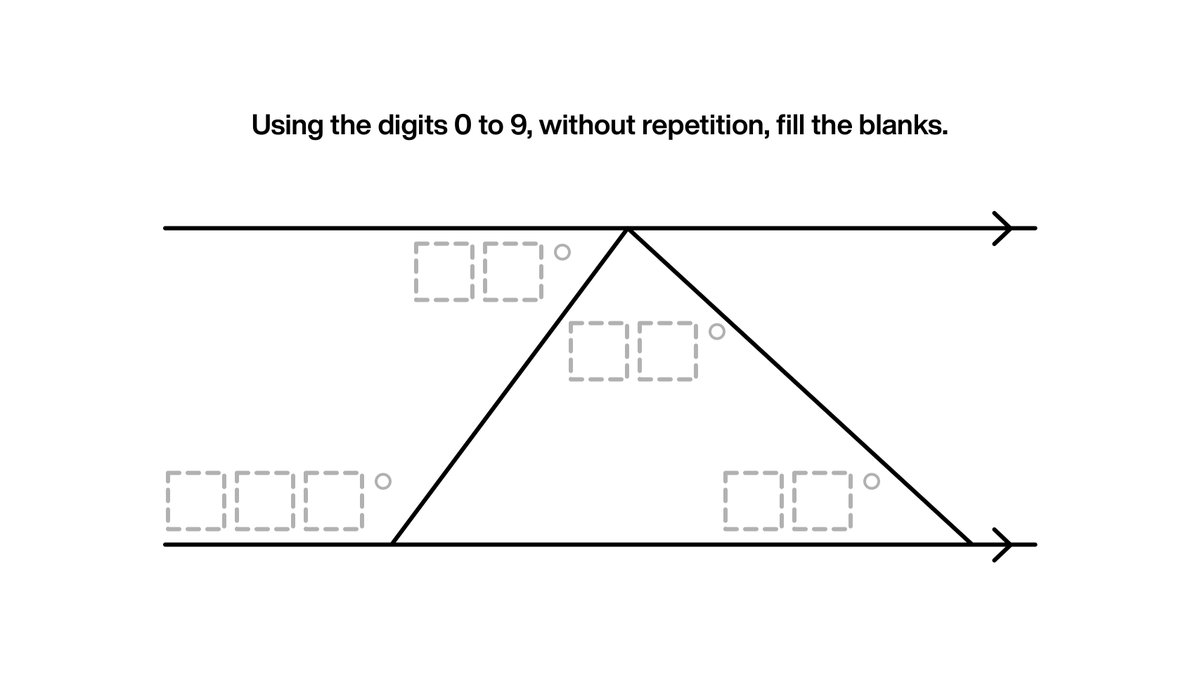 Rachel Mahoney @RachelMahoney14
6 days ago
Yr 7 got introduced to variation theory: reflect, expect, check, explain this week. Great activity for nth term. They still needed some guidance on the expectations of the activity but it was still very worth while. Thanks @mrbartonmaths. I recommend these activities. https://t.co/rVBgpz2y2T
View on Twitter

Yr 7 got introduced to variation theory: reflect, expect, check, explain this week. Great activity for nth term. They still needed some guidance on the expectations of the activity but it was still very worth while. Thanks @mrbartonmaths. I recommend these activities. pic.twitter.com/rVBgpz2y2T 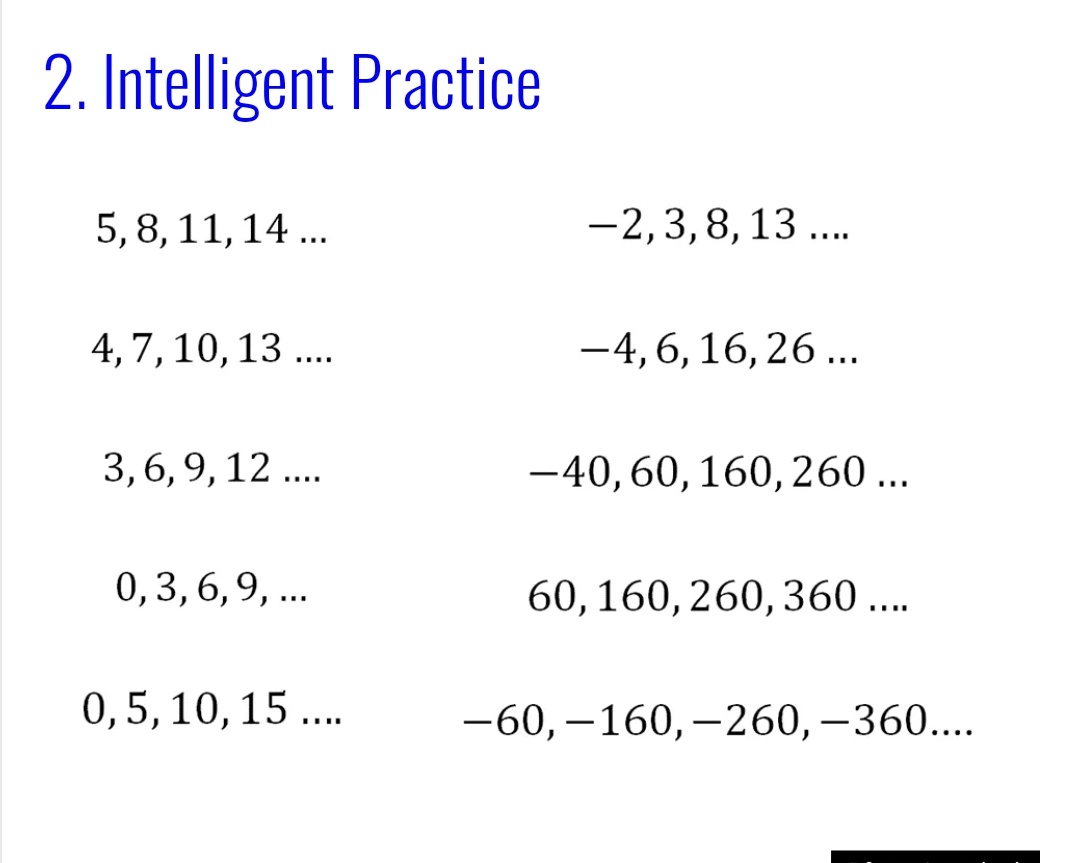 Rachel Mahoney @RachelMahoney14
2 weeks ago
Love a good maths venn to encourage problem solving for a concept students usually pick up quite quickly. Thanks @mrbartonmaths my year 10s enjoyed this. https://t.co/IpY0BVYceP
View on Twitter

Love a good maths venn to encourage problem solving for a concept students usually pick up quite quickly. Thanks @mrbartonmaths my year 10s enjoyed this. pic.twitter.com/IpY0BVYceP 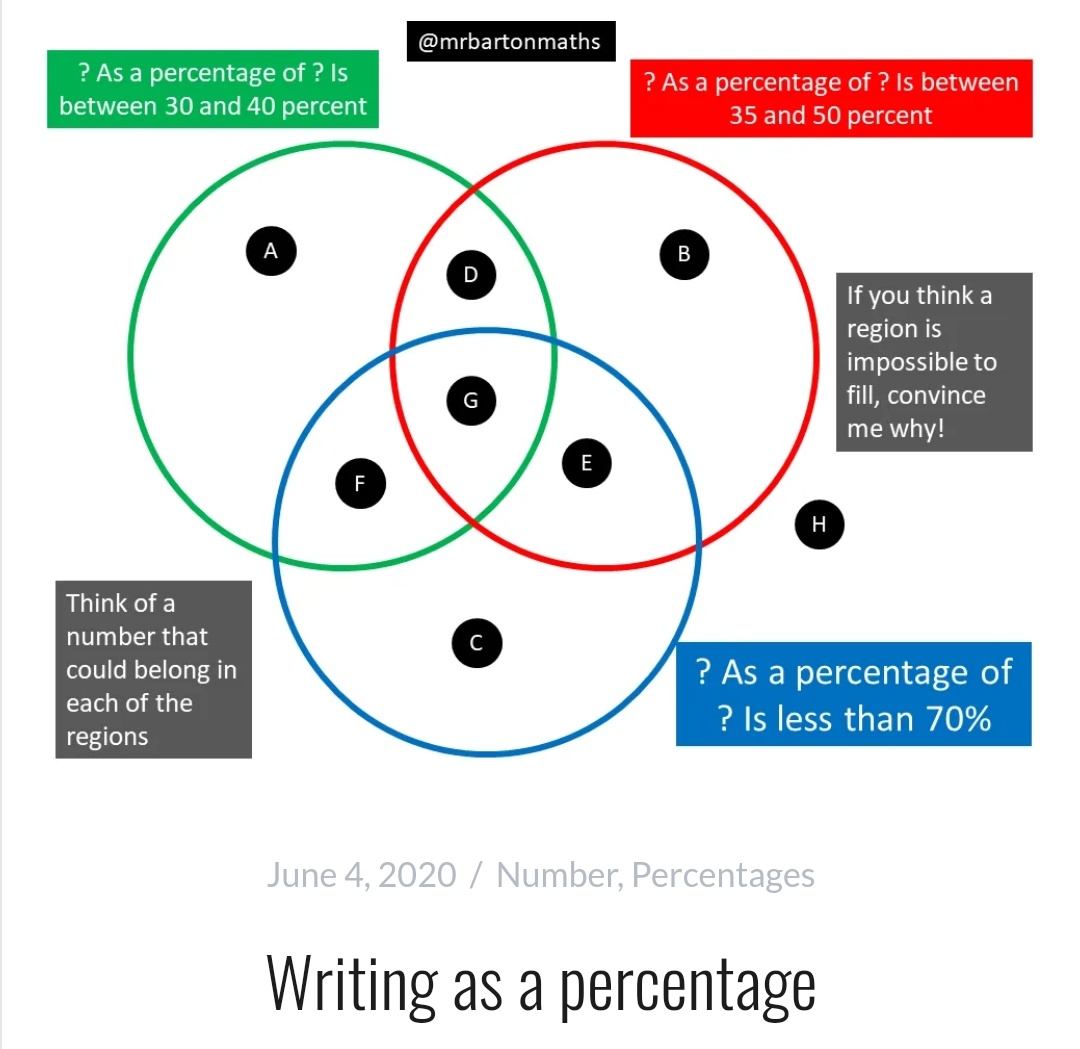